Lydia Isharah came into the world as a beautiful baby girl, who had to be delivered by C-section because her umbilical cord was wrapped around her neck three times.

The next AM after her birth, her mother had family planning surgery because both her little ones had traumatic births.  And also, two children seem to be the standard for most Indian families.

After another week in the hospital, the mother and child went home for a week.  Then the mother’s stitches had to be removed.  That evening Lydia had a fever of 102 and doctors claimed she had bacterial meningitis–an epidemic disease in the state to the west. 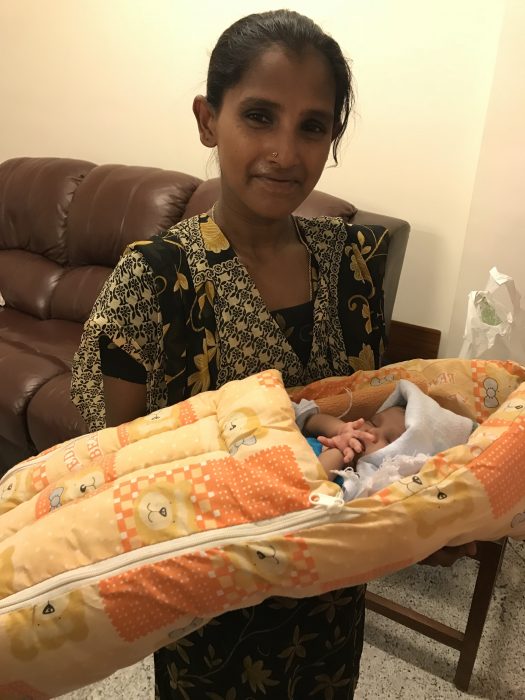 This was Lydia’s tenth day of life–the fateful day she was diagnosed with bacterial meningitis.

Four months and two surgeries later to drain water from Lydia’s brain, the baby girl was still in ICU, this time with a boil between her eye and her nose–caused by the surgeries.  Finally the eye infection seemed to be abated  and there was hope Lydia could go home for a while.

Four months later, the eye is being treated with a simple betadine solution and recovery is looking more and more likely.  The IV’s are out of her poor little arms.

3 thoughts on “LYDIA ISHARAH’S INTRODUCTION TO THE WORLD”