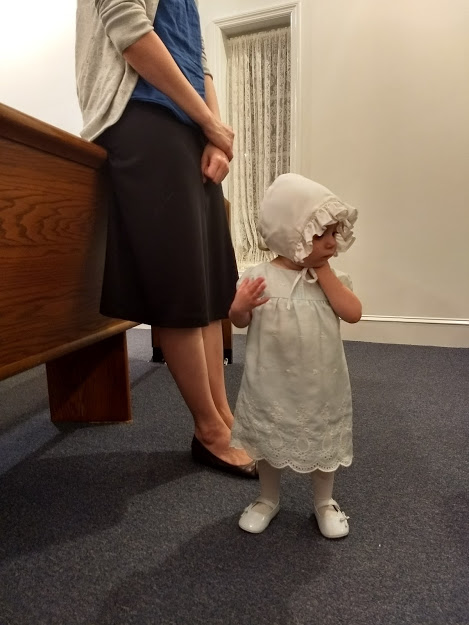 “Where Have All the Flowers Gone” is a modern folk-style song done by Peter, Paul and Mary. Pete Seeger wrote the melody and the first three verses in 1955, while Joe Hickerson added additional verses and turned it into a circular song in May 1960. Its rhetorical “where?” and its meditation on death place the song in the ubi sunt tradition.

Ubi sunt (literally “where are… [They]”) is a phrase taken from the Latin Ubi sunt qui ante nos fuerunt?, meaning, “Where are those who were before us?” Ubi nunc…? (“Where now?”) is a common variant.

Memento mori is also a Latin phrase for “remember that you have to die.” The phrase embodied the theory and practice of reflection on mortality, and was especially considered a means of pondering the vanity of earthly life and the transient nature of all earthly goods and pursuits. The philosophy was a means of perfecting the character by turning the attention towards the immortality of the soul and the afterlife.

Based on these thoughts, one should ask the question: Where have all our children gone? Reading the news today is such a depressing exercise. Day after day accounts of missing, exploited or murdered teens fill the pages of our media. Yet it seems parents can do nothing to stop the trend—not even microchip them for locating their dead bodies.

Early in our marriage, my husband and I determined never to allow our sons or daughters to sleep away from home as they were growing up. The whole world was starting to turn to wickedness in so many areas. A recent news article, “The Exploitation of America’s Children,” proves that our concerns were not unfounded. Even the formerly respected National Geographic magazine has joined the ranks of those who would steal kids’ bodies and souls.

I’m not surprised at what is happening to our nation’s young people, or at the evil permeating high places. Because of pedophilia, lots of money exchanges hands. Back in the 1980’s, the NAMBLA said they were coming after America’s children, and they have continued their agenda with fervor.

I had not heard of this group until recently, but by reading the article linked in the paragraph above, I can feel the militancy of their sinister plan. About the same time-period a Harvard Professor reportedly said, “Children can and do give consent; therefore, the adults who seduce them should not be punished.”

Sickening deluded souls! There is the ever-present conspiracy of silence in so many areas now. While the world seems to be looking the other way, pretending not to notice, the evil forces lure our children toward hell.

Who would doubt that some online games are also part of the takeover of our children? W.H.O. SEEKS TO CLASSIFY GAMING DISORDER AS MENTAL ILLNESS. And if no other evil outcome surfaced because of unlimited games, what character traits are being instilled in the compulsive gamers? Children count on “unconditional love” making it impossible for parents to tell them no as new games go on sale. Where does this entitlement come from except the very Internet they have been allowed to use free of charge every day?

Who would ever imagine that online gambling would be aimed at children? There is even a NYC School Program for addicted student gamblers. One Psychiatrist Journal claims there is an epidemic of child and teen gambling. Video Game Addiction and Other Internet Compulsive Disorders Mask Depression, Anxiety, Learning Disabilities.

Why do youngsters today have so much interest in their peers and so little interest in family life, domestic duties or church? Many parents offer electronic devices as constant entertainment for their children. This inadvertently lends itself to danger from online predators, pornography and cyber bullying. Is it any wonder so many young people are committing suicide in this generation?

Dr. Jim Taylor of Huffington Post points out, “Because children lack experience and perspective, they tend to make decisions that are rash, egocentric and short-sighted. This absence of forethought can cause children to overlook the consequences of their decisions and to ignore their long-term ramifications.”

Kristen Gerencher of Jewish Word Review, talked about brain growth associated with maturity and decision-making being behind the physical body growth during adolescence. The conclusion we may draw from this is that the judgment of younger people is not as advanced as their physical maturity—a fact that agrees with the Lord’s declaration that children under twenty-one are not able to make the best decisions. Ms Gerencher may be right about the change in physical aspects of the brain, which could make it hard to control. At the same time, she may not be right about the ‘control factor,’ and that conclusion could direct us away from what is truly and really happening in every public schoolroom every hour of every day—intentional destruction of Christian-Judo values.

In Scripture, we read that anyone under twenty-one was not responsible for rejecting the Lord’s command to go into Canaan and thus were not cursed (Num. 14:28-29). A lesson on that might just take some of the starch out of some folk’s absolute self-confidence (if they believe the Creator’s words), and who should know better than the one who created us all?

Where have all the children gone? Many children have been sacrificed to the parents’ god of success. Others to worldliness or just plain old permissiveness. Even some conservative home school parents have fallen into the secular mold of educating in worldly pursuits, enjoyment and benefits. Do they even notice when the moralizing marketers aim to teach humanistic values to their children?

Where is the innocence that should be in our children? Sure, we have protected them from work by our labor laws, but do we send them to socialist schools for eight to ten hours every day and require they join some sport or extracurricular activity to finish out more than a forty-hour work-week?

In many cases, where both parents work outside the home, by the time babies are six weeks old, working mothers are forced to leave them with less than qualified babysitters, nannies or at a daycare.

Liberal atheistic teachers browbeat kids into thinking there is nothing wrong with sexual promiscuity or alternate lifestyles. By the time they get to high school, long before they are mature enough to care about reputation, morals or disease, they look forward to drowning themselves in pleasure during the spring break at the beach.

Is it any wonder college and university campuses must constantly deal with the rape epidemic? If liquor on campus is the norm, how could there be any other outcome? Will there be, can there be, Christian mates somewhere for our children?

Ecclesiastes 8:5-6—Whoso keepeth the commandment shall feel no evil thing: and a wise man’s heart discerneth both time and judgment. 6 Because to every purpose there is time and judgment, therefore the misery of man is great upon him.

Ecclesiastes 11:9—Rejoice, O young man, in thy youth; and let thy heart cheer thee in the days of thy youth, and walk in the ways of thine heart, and in the sight of thine eyes: but know thou, that for all these things God will bring thee into judgment.

Is life unraveled for you?  May our prayer ever be, Father, Help us Raise our Children.