Very little has been written about Leah and Dinah. Scripture records that Leah was the older daughter of Laban, who deceitfully gave her in marriage to Jacob instead of the younger sister, Rachel (Gen. 29:16-30), for whom Jacob had contracted seven years labor. In spite of the rivalry between the sisters, the Lord blessed Leah so that she and Jacob had six sons—Reuben, Simeon, Levi, Judah (Gen. 29:31-35), Issachar, and Zebulun (Gen. 30:17-20) and a daughter, Dinah (Gen. 30:21). Through Leah’s maid, Zilpah, two more sons, Gad and Asher, were born (Gen. 30:9-13).

Because Leah was the less-favored of the two wives of Jacob, she must have been painfully conscious of being unloved, second best, during all the years of her marriage. But it was Leah rather than Rachel who gave birth to Judah, through whose lineage the Messiah would eventually be born (Gen. 49:10; Heb. 7:14; Rev. 5:5).

Genesis 30:14-15 indicates at least a measure of jealousy on Leah’s part. Who knows whether that spirit of rebellion and jealousy might have been instilled in Dinah? Was Leah obsessed with her competition against Rachel? An unloved wife, whose insecurity dominates her every thought and every action day-in-and-day-out, can pass on that same insecurity to her children. Or the children may take advantage of the competitive spirit and use their mother to further their own waywardness. Did Leah foolishly encourage Dinah to seek friendships from the heathen people? Was Dinah left unprotected? We can only wonder.

Without a doubt, we can speculate all day long and not come any nearer the truth, but going to the scriptures themselves, we are able to judge what happened by the facts we read there. Most Bibles today will head Genesis 34 with: “Dinah is raped.” It is good to remind ourselves that headings, footnotes, end notes, center column references and the like, in any Bible are not part of holy writ. Those additions are not the inspired words of God. There is absolutely no evidence that Shechem took Dinah by force. The KJV expression ‘humbled her’ or ‘defiled her’ (Hebrew: anah) is applied to occasions when a man sleeps with a woman outside the bounds of marriage, either forcibly or illicitly (Deut. 22:29; Deut. 22:23-24; Deut. 21:10). She is ‘humbled’ by being treated as a prostitute, giving away her virginity before her marriage.

There is a real rape recorded in 2 Samuel 13:1-19—that of Tamar. The same word (Hebrew: anah) is used (2 Sam. 13:12), although the KJV translates it as ‘force’ not ‘humble’. The difference is that afterwards, Ammon hated Tamar (2 Sam. 13:15). The feeling of disgust toward the victim after the act is finished is typical, and many times ends in murder. Shechem, on the other hand, loved Dinah both before and afterwards. The most believable explanation is that Dinah and Shechem fell in love and hoped to marry, but the scriptures do say that Shechem ‘humbled her’.

It appears that Dinah may have had a habit of going out to see the heathen girls, or she may have, indeed, admired Shechem earlier. Who knows whether Leah knew and shielded Dinah’s behavior from Jacob?

“Where are you going?”

“Just out to see the daughters of the land.”

Seeing ‘the daughters of the land’ may, of course, be quite innocent, because girls do love to spend time with each other. On the other hand, parents must recognize the obvious moral and physical dangers. How many Christian children today ‘sleep over’ in places almost totally unknown to their parents? The bottom line is that Jacob failed to protect his daughter by stopping her from associating with girls of the world. Perhaps Leah lied to him about what Dinah was doing.

It seems it was just as difficult then as now to protect daughters from themselves, but it is just as necessary. Somehow Dinah appears not to have learned the virtues of modesty and chastity. Jacob bears the responsibility for that, even though it was her mother’s (Leah’s) job to teach her. 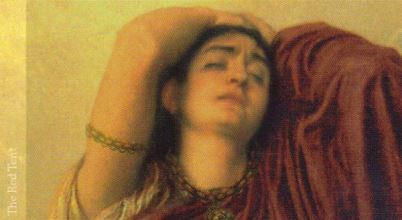 Dinah played the whore while in her father’s house. There is no nice way to say it. Today, we appear to have a whole generation of girls like Dinah. Many think nothing of physical relationships outside marriage, and it is a rare bride who is a virgin on her wedding-day. Indeed, brides are rare, as more and more couples simply choose to live together outside the bond of marriage. But “everybody’s doing it” does not make it any more right to sleep together without being married in our day than it was for Shechem and Dinah in their day. The message to take away from the Dinah story is twofold: